USMA has assembled a faculty of 52 speakers to celebrate 25 years of giving you something to “take home and use”. Confirm your plans now to be a part of this special event.

Admiral William H. McRaven is a retired U.S. Navy Four-Star admiral and the former Chancellor of the University of Texas System. During his time in the military, he commanded special operations forces at every level, eventually taking charge of the U.S. Special Operations Command. His career included combat during Desert Storm and both the Iraq and Afghanistan wars. He commanded the troops that captured Saddam Hussein and rescued Captain Phillips. McRaven is also credited with developing the plan and leading the Osama bin Laden mission in 2011.
As the Chancellor of the UT System, he led one of the nation’s largest and most respected systems of higher education. As the chief executive officer of the UT System, McRaven oversaw 14 institutions that educated 220,000 students, and employed 20,000 faculty and more than 80,000 health care professionals, researchers, and staff.

McRaven is a recognized national authority on U.S. foreign policy and has advised Presidents George W. Bush, Barack Obama, and other U.S. leaders on defense issues. He currently serves on the Council on Foreign Relations (CFR), the National Football Foundation, and the Board of Directors of CoconoPhilips. McRaven has been recognized for his leadership numerous times. In 2011, he was the first runner-up for TIME magazine’s “Person of the Year.” In 2012, Foreign Policy magazine named McRaven one of the nation’s “Top 10 Foreign Policy Experts.” In 2014, Politico magazine named McRaven one of the “Politico 50,” citing his leadership as instrumental in cutting though Washington bureaucracy. In 2015, he received the Intrepid Freedom Award for his distinguished service in defending the values of democracy. In 2016, McRaven was named the recipient of the Ambassador Richard M. Helms Award by the CIA Officers’ Memorial Foundation. This year, 2018, he will be receiving the Judge William H. Webster Distinguished Service Award for a lifetime of service to the nation.

McRaven graduated from The University of Texas at Austin in 1977 with a degree in Journalism, and received his master’s degree from the Naval Postgraduate School in Monterey in 1991.

McRaven is the author of two books, SPEC OPS: Case Studies in Special Operations Warfare and Make Your Bed: Little Things That Can Change Your Life and Maybe the World, based on his 2014 UT Commencement Speech that received worldwide attention.

He met his wife, Georgeann, while they were students at UT Austin, and they have three grown
children. McRaven is now a leadership consultant and stays active with his writing, speaking, and board commitments.

John Bradley is a veteran economic development professional with over 35 years’ experience. He came to TVA in 2002 from the Memphis Regional Chamber of Commerce, where he was senior vice president of economic development. During his tenure at TVA, John has implemented a broad range of new initiatives, including a targeted industrial recruitment program and increased support for community development and existing companies. These initiatives include:

The Megasites Certification Program, an innovative approach to attracting large automotive manufacturers and related industries by offering an inventory of certified sites. These Megasites have been sold to major companies, including Toyota, Volkswagen , Steel Dynamics, PACCAR, Google, and Toyota-Mazda. The International Economic Development Council presented TVA with the Gold Excellence Award in Economic Development for the Megasites Program.

The Investment Credit program, which provides incentives for qualifying existing and new companies in the TVA region based on factors such as their long-term power commitments, capital investments, jobs energy efficiency and power use.
The Data Center Sites Identification Initiative, in which Deloitte Consulting helps communities learn about key elements companies look for when selecting a data center site and identifying sites in the region that meet those criteria.

Called “Silicon Valley’s most provocative voice” for his ideas on technology trends, globalization, U.S. competitiveness, and the future, Vivek Wadhwa’s work puts him at the heart of innovation. From tech entrepreneur and business owner to accomplished academic and widely published author, he served as a Stanford University research fellow and the Director of Research at Duke University’s Pratt School of Engineering, where he taught courses on the impact of technology. Vivek Wadhwa now serves as a Distinguished Fellow and professor at Carnegie Mellon University’s engineering school in the heart of Silicon Valley.

Read Full Bio
Formerly, he led research at Singularity University, an institution that educates a select group of leaders about the exponentially growing technologies that are soon going to change our world.
Vivek has also been a senior research associate at Harvard Law School, a visiting scholar at UC-Berkeley, and a distinguished visiting scholar at Emory University. He is the author of the 2018 book Your Happiness Was Hacked: Why Tech is Winning the Battle to Control Your Brain—and How to Fight Back. His 2017 book The Driver in the Driverless Car looks at the impact of automation and AI on business, and was recognized by Financial Times as one of the “Best Business Books of 2017” and listed as a contender for the Financial Times/McKinsey Business Book of the Year prize.

Known for pioneering change and innovation, Vivek Wadhwa’s speeches offer a look into how exponentially advancing technologies including robotics, AI, computing, synthetic biology, 3D printing, and nanomaterials will change our world, disrupt entire industries, and create new ones. As it is increasingly possible for small teams to complete work once reserved for governments and large corporations, Wadhwa also focuses on the keys to the U.S. remaining competitive and solving grand challenges in the face of the rapid transformation shaping business in India, China, and Latin America.

An advisor to governments and successful entrepreneurs alike, Vivek Wadhwa previously founded two influential software companies, prompting Forbes to name him a “Leader of Tomorrow” and Fortune to declare his start-up Relativity one of the “25 coolest companies in the world.” In addition to his media accolades, the US government awarded Wadhwa distinguished recognition as an “Outstanding American by Choice,” and he was named by Foreign Policy Magazine as a “Top 100 Global Thinker.” In 2013, TIME magazine listed him as one of the “40 Most Influential Minds in Tech.”

Vivek Wadhwa is also the author of The Immigrant Exodus: Why America Is Losing the Global Race to Capture Entrepreneurial Talent, which the Economist named as a “Book of the Year” in 2012, and Innovating Women: The Changing Face of Technology. He is a syndicated columnist for the Washington Post and a contributor to the Wall Street Journal, the Huffington Post, and VentureBeat. He has been featured in the Economist, Forbes, the New York Times, U.S. News and World Report, and Science Magazine, among others, and has appeared on U.S. and international TV stations, including CBS, PBS, CNN, ABC, NBC, CNBC, and BBC. In 2016, he accepted an honorary professorship at University Ricardo Palma of Lima in Peru, placing him closer to the booming entrepreneur community in Latin America. Wadhwa was also recently honored as a recipient of the “Visionary Awards” by the Silicon Valley Forum in 2018, alongside Black Girls Code founder Kimberly Bryant, Flickr co-founder Caterina Fake, Alphabet Inc.’s “Captain of Moonshots” Astro Teller.

Geopolitical risk is powerfully impacting the critical decisions of corporate executives and supply chain managers more than at any other point in recent history. The global landscape has become among the most uncertain in recent memory, and this unstable risk environment is projected to endure well into the next decade. Against this backdrop, we now factor a U.S. administration that surprises and confounds allies and foes worldwide, impacting supply chain management and a broad range of industries across the spectrum of sectors. It’s why supply chain executives need the surest insights and well-informed guidance to better understand and mitigate disruptive geopolitical risk, and build a sharper competitive edge.

Read Full Bio
Washington D.C.-based geopolitical strategist John Sitilides will deliver a dynamic presentation focused on U.S. management of real-time global disruption and geopolitical risk concerns, challenging the traditional analyst and media consensus on the world’s most powerful political leaders in Mexico, Asia, Europe and the Middle East, the basis for their decision-making, and the long-term political and economic ambitions that ultimately shape the international security agenda. His presentation – using a visually-compelling slide deck of maps, graphs and world leader portraits – will detail the most disruptive flashpoints on the world stage that generate the most significant business risk issues facing the supply chain industry, including the centrality of ensuring navigational freedom to global trade and the safe passage of natural resources, finished goods and energy resources worldwide.

Tammy Miller, CEO and board chair was named COO for the state of North Dakota in Governor Doug Burgum’s administration. Miller will assume her duties April 1, 2020. Miller will spend time in the Governor’s office beginning in October 2019 to gain an understanding of the role and her new team. In 2018 Miller announced her plan to retire from BSE on March 31, 2020. As planned, Miller will be BSE’s CEO until that date. Miller will continue to serve as BSE’s board chair after March 31, 2020 and David White, BSE’s president, will become the CEO.

Read Full Bio
Tammy Miller has served as CEO since 2006 at Fargo-based Border States, the seventh-largest electrical distributor in North America. She joined the employee-owned company in 1991 and has served in a variety of roles including corporate controller, vice president of finance, executive vice president, and president. Under Miller’s leadership, the company experienced a fivefold increase in annual sales to nearly $2.5 billion.

Author, educator and architect of the Vested business

Kate Vitasek is an international authority for her award-winning research and Vested® business model for highly collaborative relationships. She is a Faculty member at the University of Tennessee and has been lauded by World Trade Magazine as one of the “Fabulous 50+1” most influential people impacting global commerce.

Read Full Bio
Kate’s practical and research-based advice ignited a movement on how companies work together and five books, including Vested Outsourcing: Five Rules That Will Transform Outsourcing; Vested: How P&G, McDonald’s and Microsoft Are Redefining Winning in Business Relationships; Getting to We: Negotiating Agreements for Highly Collaborative Relationships and The Vested Way: How a “What’s in it for We” Mindset Revolutionizes Business Relationships

Passionate in her quest to help companies transform their business relationships, Kate inspires and motivates companies around the world through teaching, speaking and workshops on Vested’s five proven “rules” for achieving transformational results.

Margaret Morford has proven her expertise as a workplace expert through her best-selling books, national seminars and television interviews. Her insight offers you an edge over other workers and managers in the areas of workplace communication and the critical role human factors will play in the future. She has practical, real world experience as a manager, as the VP of Human Resources at several companies, and as a lawyer with a JD Degree from the Vanderbilt University School of Law. She has a perspective few people have and an ability to help people not just prepare for, but thrive, in the future.

Negotiation – the process through which two or more people “give and take” in a relationship – is an unavoidable part of work and life, and thus negotiation skills are an essential part of any professional’s toolkit. This is particularly true for supply chain professionals who need to manage – and thus negotiate with – many stakeholders: from customers and vendors, to bosses and peers. In this session, Alison discusses what the best (and worst) negotiators do, and the top strategies that enable successful leaders to solve everyday challenges, both big and small, through negotiation.

Her instruction on the psychology of power and leadership is part of the required general officer curriculum in both the U.S. Army and Air Force.

Star of Comedy in Action 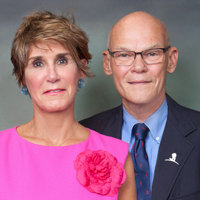 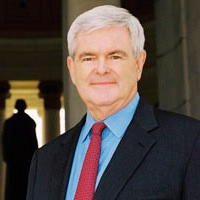 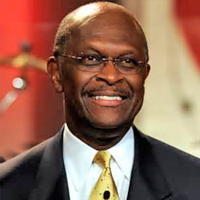 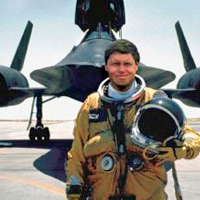 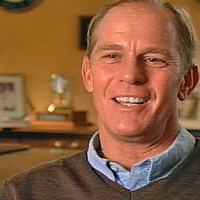 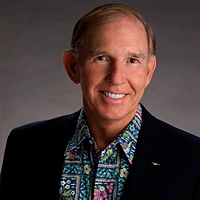 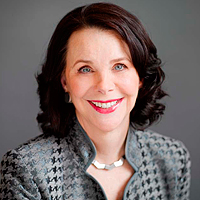 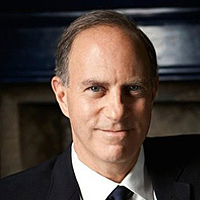